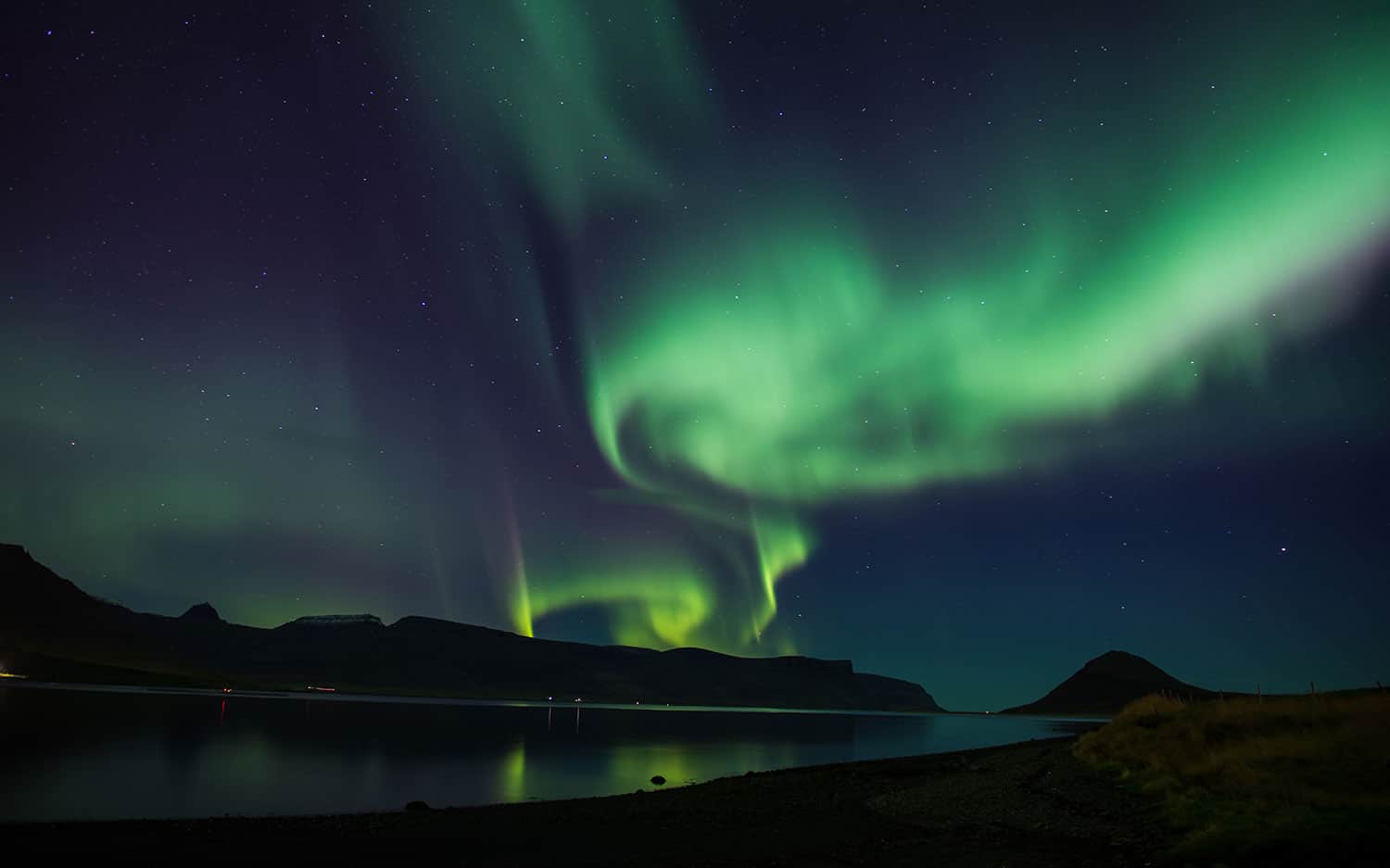 Some nights, home is where you park the car. Other times, we've been lucky enough to be invited by others to make their home our home.

I've woken up to cold mornings warmed by the coffee Vincent has prepared. Woken up to cuckoo clocks, to the warmth of our car's seat warmer, to a gushing river, to the drumming of rain, in a former fish-factory-turned-hotel, to mornings too cold to leave the cocoon of my sleeping bag.

I've gone to sleep under a sky illuminated by northern lights, with the purring of a cat, paranoid in a gas-station parking lot, or in complete darkness – unsure of what landscape I would be waking up to.

At Gudrun's place, we woke up to rooster calls backed by the chimes of cuckoo clocks. Her cat Frosti was already up on his favorite perch, watching the chickens from the window. The rooster didn't seem fazed, and as if sensing our assumptions Gudrun corrected them, "Frosti's afraid of that rooster." For breakfast, she fetched fresh eggs from the chicken coop and vegetables from her garden — not an easy feat considering the harsh weather as we entered fall. She mentioned that for dinner, she planned to cook the Arctic char her son caught. Frosti turned around to look at us expectantly upon hearing the word fiskur, Icelandic for fish. 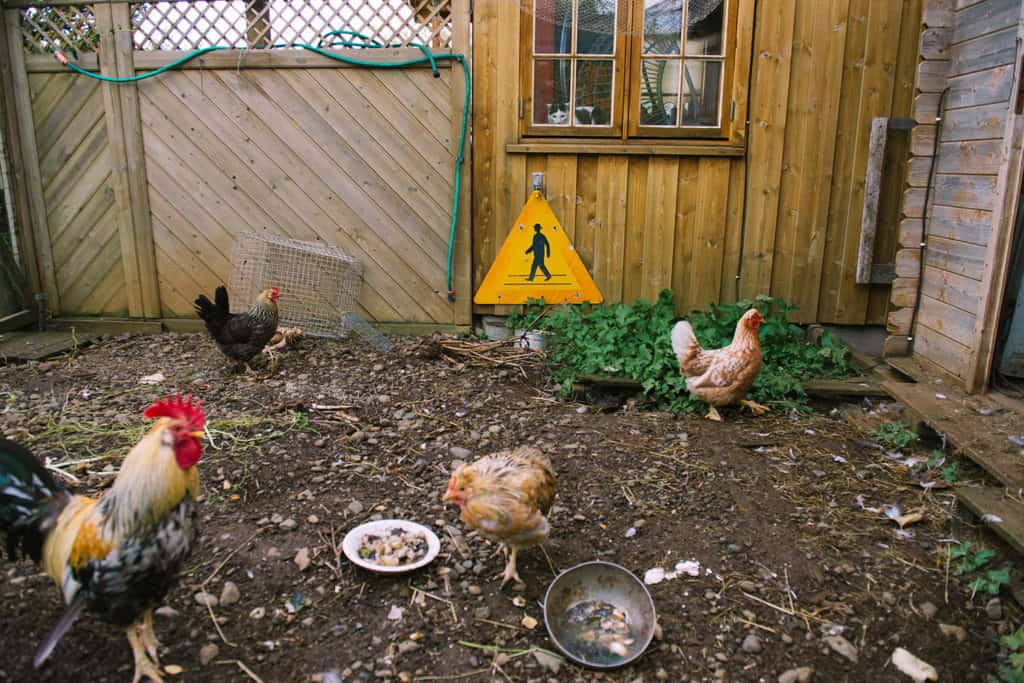 Frosti scheming from the window.

The walls of Gudrun's house are adorned with drawings and art from friends, her bookshelves are brimming with her favorite books, books she translated, and books she wrote. To my delight, there is no dearth of photo books. To page through her photo books is to see Iceland rendered in a new light. The landscape we visitors are so spellbound by are rendered secondary by local photographers since they wake up to this grandeur every day. Instead, they grasped onto traces of humanness — the light trails of cars and synthetics. Others, as if challenging the grandeur of the landscape, shot inches away from mountain-faces. What is typically ignored in my line of sight is joyfully rendered anew.

Yet some things never get old. To Gudrun, the northern lights were a phenomenon that never ceased to excite her. Each night, she checks on the northern light report and reports the predictions. That night she excitedly shared that we were entering a good week for northern lights - clear skies with a high chance of lights.

Gudrun lives life with the spirit I hope to possess at her age. After a dinner, we cleared the table of plates and replaced it with a sprawling map of the island. She pointed at the highlands, an area impenetrable for our car, and recounted her trip biking and rafting through the area. We struggled to imagine the sheer magnitude of that experience, as we had emerged wide-eyed just from hiking Fimmvörðuháls which only touches the fringes of the highlands. These days, Gudrun is volunteering at a cabin in the middle of the highlands in the extreme isolation and perils of Iceland's harsh winters. Nearly nobody ventures into the highlands at this time of the year. Yet, she tells us that she is entertained by the company of three crows and the tiny house mouse that seeks refuge in her cabin.

Sometimes when I want to return to the peace of Gudrun's home, I put on Ásgeir's album. Gudrun loved to play the tracks of her old neighbor along with other tracks from local Icelandic artists.

That night we eagerly stayed up looking into the distance from our attic room, yet we see no lights beyond the occasional passing car. The next morning, we semi-reluctantly head out to Þingeyri, as we had grown accustomed to Gudrun's hearth and interesting conversations. Yet while winding through the quiet roads of the Westfjords, it's impossible not to be drawn back into the landscape. There is only one path to take and we follow it to Ísafjörður, where we find our friend Helgi's recommended fish buffet Tjöruhúsið. We took a gamble, as the manager said, "we may or may not be open since the season is winding down" when we called. But to our delight, we see them setting up the tables in the cozy lodge-like restaurant and linger around until they opened up shop. Helgi's nostalgic description of the restaurant already set high expectations and we had planned this leg of the trip around eating at Tjöruhúsið — and yet, we were blown away to the point we wanted to stay another night just to enjoy the dinner again. At Tjöruhúsið, the daily catch determines the menu, a surprise for both chefs and visitors, until the fishermen arrive at the dock a few hours before the restaurant opens. The fresh fish is brought out of the kitchen still simmering on skillets. From there, guests are allowed to help themselves to as much fish as they want — after all, it's a fish buffet.

Completely sated by Tjöruhúsið's fish soup and buffet, we drive into the dark, continuing westwards with no particular destination in mind. As we drive further into the night, we begin to see an irregularity in the sky. It's as if there's something tugging on the sky and the folds are giving off a reflection. Yet it's so faint, we're not sure if it's a trick of the eye and can only see it when we take a long exposure photograph. A few minutes later the phenomenon intensifies and by then we're completely spellbound by our first northern lights sighting. The irregularity of the lights movement is bewitching and it's easy to see how it has inspired so much lore around the world. We later found out that fall is a great time to watch the northern lights and that week happened to be one of the strongest periods of northern lights, to the point that the Reykjavik government mandated that all the city lights should be turned off so everyone could enjoy the intense Northern Lights. Falling asleep blanketed by the dancing Northern Lights while car camping remains one of my favorite memories. 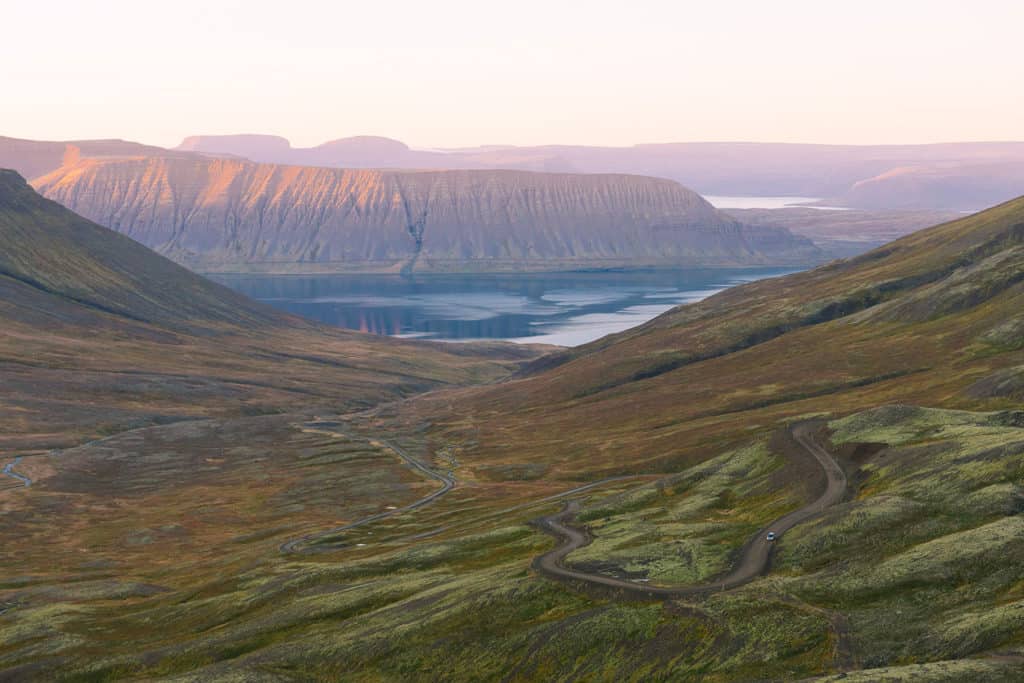