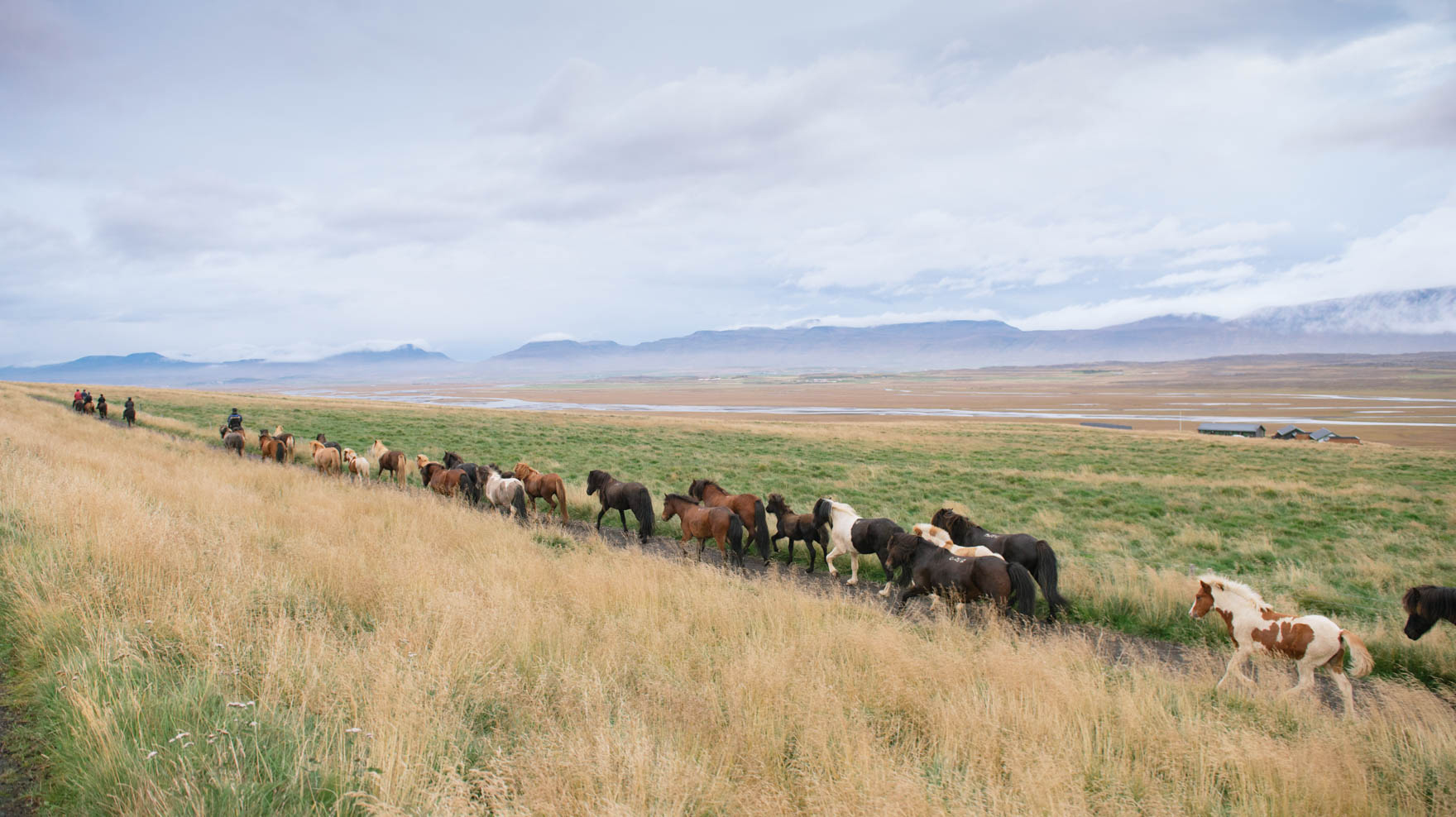 In the spring, farmers release their sheep into the wild to graze and roam. It's not uncommon to find sheep wandering in the most extreme of places. While hiking Fimmvörðuháls, we saw some precariously perched on craggy rocks that looked impossible to ascend or descend, while we found another that had unfortunately lost its footing and careened down to the bottom of a canyon we were hiking through. 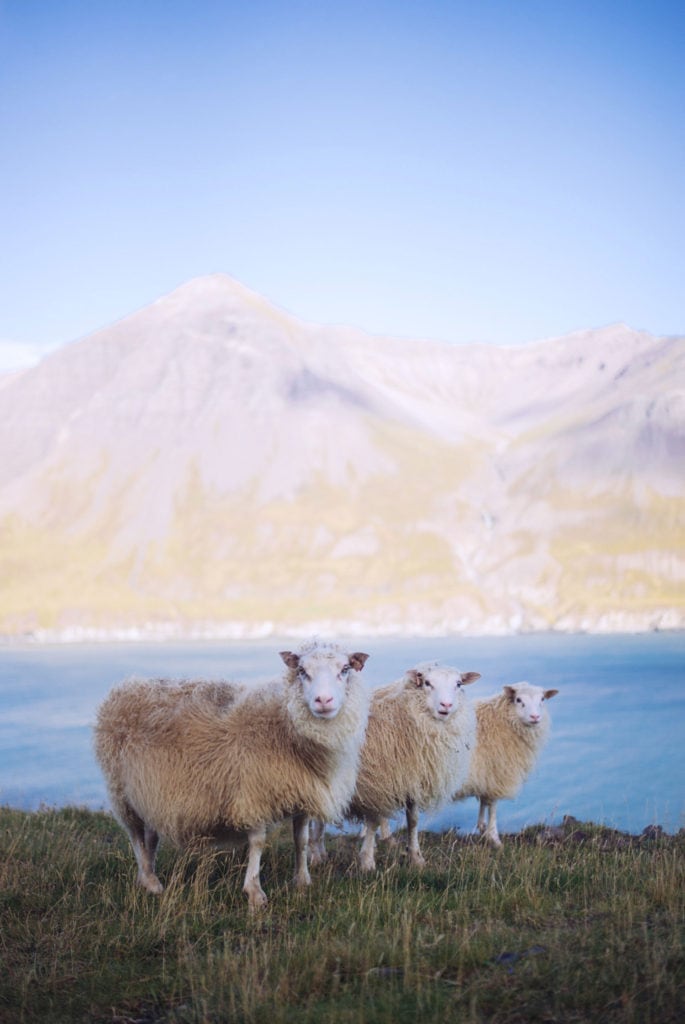 Sheep we encountered in Borgarfjörður Eystri.

In Iceland, Fall brings the dangers of extreme weather and malnourishment, so the farmers make a collective effort to bring the sheep home, painstakingly tracking them down by horseback and by foot. Running after the sheep is actually a job you can volunteer for on workaway, if you have sturdy legs and lungs. Each farm is required to contribute volunteers relative to their farm acreage. After all the sheep are brought back, they are sorted back to their original farms based on the tags on their ears.

After a whole spring and summer of roaming, the furthest a sheep goes is within 3 days worth of horseback riding.

As we drove along the northern fjords, we found that the same goes for the famous Icelandic horses. After pulling out of Hofsós, we came across a group of horseback riders who invited us to try their spirit of choice, hot chocolate and Icelandic alcohol, and take a closer look at the horse roundup.

The horses from the valley shifted impatiently in the temporary corral, having grown unfamiliar with confinement. They had been sorted by farm earlier in the day, and the farmers were ready to bring them home. They burst out when the gates were opened and a young teen rider led the team of horses towards their farm. Impressively, the horses followed in an orderly fashion. Punkish manes to butts to shaggy mops to butts to luscious locks. Until one horse broke out from the team, giving rise to an intense chase and eventually a reluctant return to the herd. Skagafjörður's annual horse roundup is especially impressive, considering it's the only county in Iceland where the horses outnumber the people and famous for its horse breeding and training.

The horse roundup brings together all the farms in the valley, and usually wraps up with generous libations and singing, while we were generously invited to join, we had to politely decline and drove to meet our hosts on time, just a few blocks away from the post-roundup festivities.